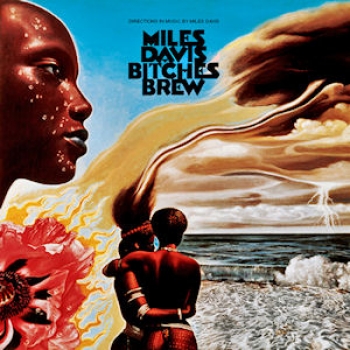 The births of Jazz and Rock ran along similar but different paths. They both were born and raised in the South. They both have an element of the Blues and African influences. Passion and rhythm run deep in both genres.

Structurally, however, they are far from the same. The accents and rhythms are different in both. While both use the bass and drums as the heartbeat, Jazz uses different time signatures. Traditionally Jazz puts horns or the piano in the lead while Rock uses the guitar primarily and occasionally the horn or piano as the lead instrument.

So how is it that so many rockers, especially in the 60’s and 70’s were so influenced by Jazz? Eric Clapton, Jimi Hendrix, Carlos Santana and Duane Allman were all guitarist who loved Jazz. Their instrument, the guitar, was largely a background or rhythm instrument for many years. There were very few exceptions like Django Reinhardt in the 30’s.

What the Rock guitarists did was to learn how to make their guitars sound like the free flowing sounds that they heard in the piano and horns in Jazz. Groups like the Grateful Dead, Jefferson Airplane, The Allman Brothers and the many other so called jam bands mimicked the improvisation jam sessions that were a Jazz feature. Sometimes they actually copied solos. James Gurley, for example, copied John Coltrane’s solos and translated them for guitar in Big Brother and The Holding Company’s “Ball and Chain”. Steely Dan’s “Rikki Don’t Lose that Number” lifted the piano riff directly from the Jazz piano great Horace Silver’s “Song for My Father”. There are many such examples.

Sometimes the rockers were influenced by an entire album. In my story on the Jazz albums that most influenced Rock I wrote how John Coltrane’s GIANT STEPS was a big influence on many. (article) So was his LOVE SUPREME. The biggest influence was KIND OF BLUE by Miles Davis.

In fact, Miles is not only cited as a huge influence on rockers, but is generally given credit for creating what came to known as Jazz Fusion. Fusion was a hybrid of Jazz and Rock that became very popular in the 70’s and 80’s. This is credit was rather over stated. There were many Jazz artists that were already experimenting with combining Jazz and Rock prior to Davis. Among the earliest was Larry Coryell whose death was announced during the writing of this article. He was considered the “Godfather of Jazz Fusion” because of his work on the album SPACES.

However, since Miles was arguably the biggest name in Jazz so he did give this new form a lot of creditability with his smash album BITCH’s BREW. It remains the biggest selling album for the late Jazz giant. It is an album that almost never was.

Even before BITCH’s BREW Miles had started experimenting with a more electric and improvising style of music. He was using the wah wah pedal often used by Rock guitarists on his horn to create a whole new trumpet sound. The so called Progressive Rock bands had already been doing similar electronic types of experimentation on all their instruments with great results.

In 1967, when Progressive Rock was just starting to surface, Miles was very concerned that his career had hit a dead end. From the early days of his album BIRTH OF THE COOL and the Be-Bop era, the sounds out of Davis’s trumpet was the height of Jazz innovation. Many of the superstars of Jazz (including John Coltrane) played in his various bands. But by the time the new Rock of the 60’s started to take hold on the music scene, the music that Miles Davis was doing was dated. The formula of taking standard melodies and jamming around them was stale. Jazz was dying. New York City the mecca for the music was closing down Jazz clubs at an alarming rate. By 1965-66 there were only a handful of clubs left in the city for Jazz musicians to play in. Most of the old clubs were turning to this new Rock music and with good reasons. The Rock bands were cheaper to hire and brought in bigger crowds.

By 1968 there were some groups that were labeled Jazz Rock bands, but they were more like Rock bands with horns. They kept the Rock structure and rhythms and the horns just fell into place. The success of groups like Chicago and Blood, Sweat & Tears spawned a host of similar horn groups that were closer to big bands or R & B than the Jazz that was popular in the 50’s and early 60’s. The Newport Jazz Festival of 1969 was trying to “update” the festival by inviting for the first time Rock groups that incorporated Jazz and Blues as part of their music. Among those who were asked to perform were Ten Years After, Led Zeppelin, and Jethro Tull.

Miles looked at the musical landscape and realized it was once again time for him to change. He had always been a leader in music with his bands. He was often looked at with a sense of awe by those who played in his band. I had a long talk with Airto Moreira who along with his wife Flora Purim fled their native Brazil to seek a better life and to play the music they loved. For a time he found a home in the Miles Davis group.

When Airto talked his words reminded me of similar statements from the members of Captain Beefheart’s Magic Band. When you worked with Miles you knew that you were trying to please a musical genius who knew exactly what he wanted and demanded that his band achieved his goals. Like Beefheart, Davis sometimes had a hard time expressing what he wanted. He knew it when he heard it, but often members of the band were left to figure out exactly what that sound in his head was.

Airto said that playing with this genius and the very talented members of his group was extremely demanding, but it was the best learning experience of his life. He became a much better musician under the direction of Miles Davis. Virtually all the musicians who played for Davis said the same thing.

Still, Miles was at a crossroads in his career in 1967. He even gave some thought to retiring. The biggest new spark in his life came from the woman who would become his wife-Bette Davis.

Bette was a singer and had her own career. That career never really flourished, but her drive to create a new form of R & B did. Among those that Bette adored was Jimi Hendrix. She kept after Miles to listen to Hendrix. Her aim was for him to try and incorporate some of Jimi’s new direction in the music that Miles was searching for in his albums like IN A SILENT WAY. That LP was recorded in January of 1969 and released right after the Newport Jazz Festival in July of that same year.

Life often works in mysterious ways. As it turned out Jimi was influenced by Miles especially in his album ELECTRIC LADYLAND. Miles in turn listened to that album and heard a new direction for himself. The end result was BITCH’S BREW.

When Miles played at the Newport Jazz Festival in July of 1969 BITCH’S BREW had not even been recorded yet. It was recorded in August, but Miles played music from it. I was lucky enough to be in the audience on this historic event. Like so many others in the audience, I was very surprised by the music set done by Miles. He pretty much ignored the more traditional Jazz that he had done at previous festivals and was playing something that was pretty alien to his many fans in the audience. While the it wasn’t on the scale of the boos for Bob Dylan going electric at the Newport Folk Festival, there were many who did not appreciate what Miles was doing on stage. But then, these same people didn’t really like having Rock bands on the bill either. It did appear to me that those cheering outnumbered those who were booing. Jazz Fusion was underway.