Who the Hell is D.L. Byron? 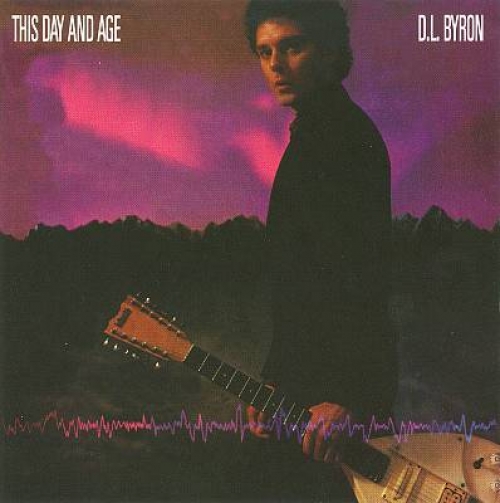 That was the very question I asked when I was working for Arista Records and Clive Davis signed D.L. (David) Byron onto our label. The year was 1979 and I first heard D.L. at a staff meeting with Clive.    In seconds I got why Clive signed him.

Where did he find him?  Clive didn’t have to go far.  David had moved up to New York City (Where Arista Records was based) from South Jersey in 1971 to get serious about his music career. At first he didn’t get any closer to a record deal than working in a record store.  Eventually his songwriting got the attention of E H Morris who hired him as a staff writer. From there it was open mike nights and the word got around the city.

The first D.L. Byron was a power delight.  There were hooks galore. From the very first track “Listen to the Heatbeat” that reminded me a little of Buddy Holly and Elvis Costello, the songs were catchy and infectious. After just one listen I was certain that we had a real smash hit on our hands with the D L Byron album called THIS DAY AND AGE.  It reminded me of groups like Big Star and The Raspberries. There seemed to be more than one hit single on the record.

It was produced by Jimmy Iovine who produced a number of hit records.  He went on to work with artists like Patti Smith, U2, and Tom Petty & The Heart breakers. The back-up musicians were members of Billy Joel’s band. How could this LP not be a hit?

From that point forward I was on a mission to make sure the world would soon know who D L Byron was.  Before the album was even released, off I went to visit radio stations around the country to let them know that a remarkable album was coming.

On one of my stops in York, PA I did the entire morning show.  The poor guy on the air was trying hard to get me to talk about my radio career, other Arista artists, etc, but I kept coming back to the coming of this great new album.

Despite having a good video that was well received by MTV and touring as an opening act for Bob Seger and The Boomtown Rats, the album was only a moderate success. For many, it still remains a classic power pop record.

Arista then decided to release a single of a remake of the song “Down on the Boondocks”.  At the time I thought that with all the good original material on LP. Why do a remake?  The answer was simple.  Billy Joel did the back-up singing and it was thought that his name just might be the way to get radio programmers to pay more attention to D L Byron.

That didn’t work, so David started working on a second album. After hearing his song “Shadows of the Night” from his demos, it was decided by Arista that his songs were not commercial enough.  That led to D L asking to be released from the label.

At that point it seemed to D L that songwriting was his best bet for making it and it was some time before he recorded anything else. The songwriting worked for a while and then D L disappeared.

Recently D L. and I got reconnected.  David, who was adopted, was able to locate his biological mother.  One of the things he was able to find out from the reunion was that his grandfather owned the music store where D L bought his first guitar. How ironic is that?  Music does run through the veins.

Besides that I was able to find out that we both spent some time at Peddie in Hightstown, NJ. More importantly, I was delighted to find out that he has just put out a new LP called SATORI (again with members of Billy Joel’s band) and that THIS DAY AND AGE has been released and is available on CD, both can be found on Amazon by clickling here.

Tweet
Published in The Archives
More in this category: « Captain Beefheart (Don Van Vliet) Kraftwork and the 3D concert »